A faulty power or under-powered power supply can cause major problems, worst case scenario would be a surge of power that destroys the motherboard and can even take out other components along the way, such as the Processor and Hard Drive not to mention the very expensive Graphic Card.

A few signs and symptoms:

If you see any signs of the above mentioned symptoms book your system in straight away and we'll advise on the best Power Supply for you system and usage.

General Desktop PC's, depending on configuration, need a power supply that is a minimum of 350 watt, Corsair, Lian Li, Coolermaster etc. Don't be tempted to get a cheap power supply, it may say it's 350 or even 850 watts and be a bargain price of 99p, but you can guarantee that it's not. The voltages will be up and down all the time which will lead to the symptoms listed earlier and may even damage Data and Components. 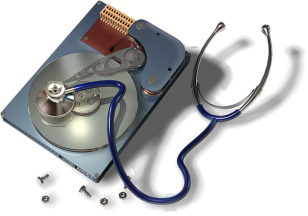 In this day and age your PC or Laptop is as important to you as your car, and just like your car it needs to be maintained to run well.

If you use your PC, Laptop, Macbook (yes! Apple Macs need maintaining just as much as a Windows system) on a regular basis, for general use, buying online and online banking, then get it services at least once a year, especially if the system is used by several users.

A simple annual check-up to make sure all the hardware is running as it should and, more importantly, making sure the security is running as it should, is up-to date and has not been compromised or allowed to lapse. Ignoring this could cost you dearly. It would be like running your car without servicing, mot'ing and insuring it...sooner or later something is going to go bang.

Bring your PC, Laptop, Macbook in for an annual check & service and we'll give you free advice on how best way to backup your system, then if the worst does happen you don't lose all your precious data.